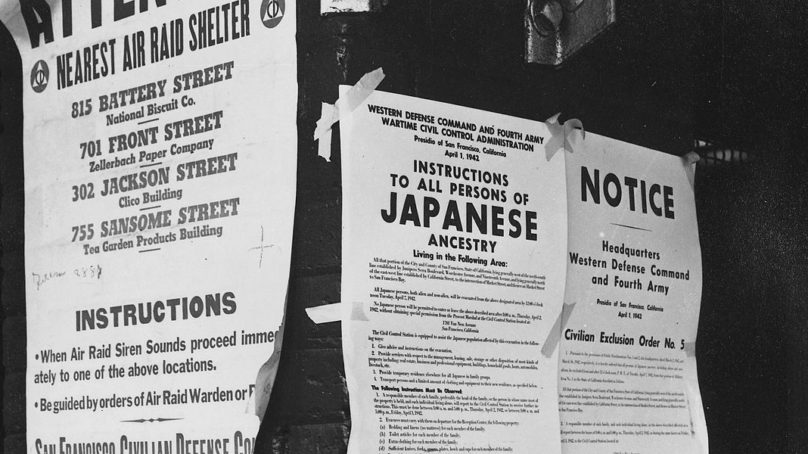 Today, the National Park Service announced $1.6 million in grants to fund preservation, restoration and education projects at several Japanese American confinement sites. The 14 grantees in four states and the District of Columbia will tell the story of the more than 120,000 Japanese Americans, two-thirds of whom were U.S. citizens, who were imprisoned by the U.S. government following the December 7, 1941 attack on Pearl Harbor by Japan.

“The incarceration of Japanese Americans during World War II is a painful episode in U.S. history, but one that future generations must remember and learn from,” National Park Service Acting Director Michael T. Reynolds said. “The National Park Service has an important role in telling this story through our stewardship of sites like Honouliuli, Manzanar, Minidoka, and Tule Lake and the support we provide communities and partner organizations through the Japanese American Confinement Sites Grant Program.”

Congress established the Japanese American Confinement Sites grant program in 2006, authorizing a total of $38 million in funding for the life of the program. Today’s announcement brings the current award total to more than $22 million.

The grants will fund a diverse array of projects that will tell this important story in a variety of ways. Using grant funds, the National Japanese American Memorial Foundation will enlist the help of high school students to develop video apps that will provide visitors to the Japanese American Memorial to Patriotism in WWII with a deeper understanding of the incarceration sites commemorated by the memorial. The Japanese American National Museum will use grant money to conserve more than 100 artifacts from the collection of Allen Hendershott Eaton, a folk art expert who acquired artwork created by incarcerees, which the museum will share as part of a traveling exhibition.

Japanese American Confinement Sites grants may be awarded to projects associated with the 10 War Relocation Authority centers established in 1942 and more than 40 additional confinement sites. The program’s mission is to teach future generations about the injustice of the World War II confinement of Japanese Americans and to inspire commitment to equal justice under the law. Successful proposals are chosen through a competitive process that requires applicants to match the grant award with $1 in non-federal funds or “in-kind” contributions for every $2 they receive in federal money.

A list of the projects is below. For more details about these projects, visit www.nps.gov/JACS.

For more information on the incarceration of Japanese Americans during World War II, visit www.nps.gov/subjects/worldwarii/internment.htm.

Did You Know Jennie Garth Is a Serious RVer?