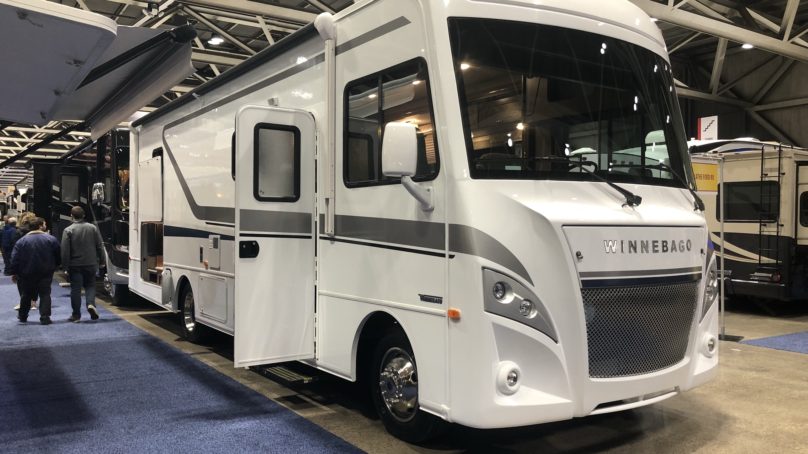 The Winnebago Intent at the Mid-America RV Show in Kansas City. Photo by Jason Epperson.

For the first time in the over 40 years that the RV Industry Association (RVIA) has been keeping statistics, wholesale RV shipments topped half a million, with a total of 504,599 units finding their way to RV dealers’ lots in 2017 — a 17.2% increase compared to the 430, 691 shipped in 2016. That ‘s the ninth straight year of growth, according to the RVIA, culminating with a record-setting December.

“It’s in tribute to all involved in our industry – from those who serve key roles on the manufacturing floors to the customers who visit dealer lots – that we’re able to announce today’s record-setting RV shipments,” said Frank Hugelmeyer, president of the RV Industry Association. “But the RV industry hasn’t peaked, and we fully expect that shipments above half-a-million units shipped will become the new normal in years to come.”

Towable units, the largest-selling segment of the RV market, led again in 2017, with 441,691 such units shipped, a 17.6% increase year over year. This included 31,541 towable units shipped in December, a 9.5% bump from the previous December.