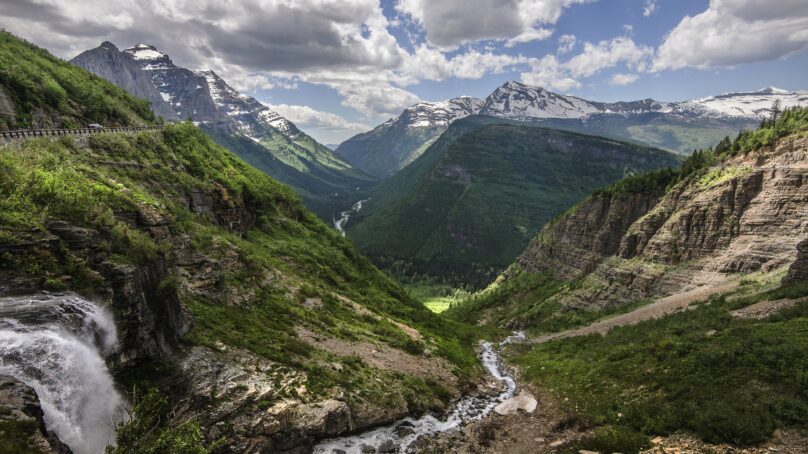 Planning on visiting a National Park in 2021?  If you are, it can be a little confusing keeping up with how the parks are adjusting for summer 2021.  Here is the current list of National Parks that have altered their operation plans and are requiring timed entry or reservations.

>> Reservations for the Cadillac Summit Road can be made here.

Carlsbad Caverns National Park is doing a timed entry for those wishing to enter and do a self-guided tour of the cave. You can either hike in the natural entrance or take the elevator down. These reservations open 30 days in advance.

>> Reservations for the Self-Guided Cave tours can be made here.

Glacier National Park will require an entry pass to drive the Going-to-the-Sun Road from May 28 to September 6 from 6 am to 5 pm. Entry passes are valid for 7 consecutive days.

The remaining passes will be released two days in advance.  The time is a little unclear at the moment, but it is likely at 6 am MDT.

There is a $2 service fee per entry pass.

If you have a service reservation (such as lodging, boat tours, or horseback riding) along the Going-to-the-Sun Road corridor between the West and St. Mary Entrance Stations, an entry pass is included for the duration of that reservation.  Visitors arriving by foot or bicycle do NOT need an entry pass.

Entry passes are NOT required to access other park roads such as Many Glacier, Two Medicine or Bowman Lake.

>> Reservations for the Going-to-the-Sun Road can be made here.

The rest of the park will require timed entry from 9 am to 3 pm.  If camping in the park, an entry pass is included.

There is a $2 service fee per entry pass.

A second block of tickets will be released the day before at 5 pm MDT.

>> Reservations for the Rocky Mountain Timed Entry can be made here.

Yosemite National Park will be requiring day-use permits from May 21 to September 30.  Each Yosemite day-use permit will be valid for 3 consecutive days.  If you have a reservation for lodging, camping, or wilderness permits, a day-use pass is included for the duration of your reservation or 3 days (which ever is longer).  Wilderness permits will be allowed entry the day before camping at the backpacker’s campground.  If you have a reservation for Yosemite Area Regional Transportation System (YARTS) or with an authorized tour group, you do not need an additional reservation or permit.

Permits will be released in two batches and cost $2.

A second batch of permits will be released 7 days in advance.

>> Reservations for the Yosemite Ticketed Entry can be made here.

Zion National Park is requiring a timed reservation to ride the Zion Shuttle into Zion Canyon. The Zion Shuttle provides access to Scenic Canyon Drive. Along the Scenic Canyon Drive are trailheads for popular trails such as Emerald Pools, Angel’s Landing and the Narrows.  Everyone planning to ride the shuttle needs a ticket including people staying at the Zion Lodge or camping in the park.

A second batch of tickets are released one day in advance at 5 pm MT. There are a limited number of walk-up space available tickets release every day between 2:00 and 4:00 pm.

If you can’t get a Zion Shuttle ticket, private shuttles are available or you can rent bicycles in Springdale.

>> Reservations for the Zion Shuttle Ticket can be made here.