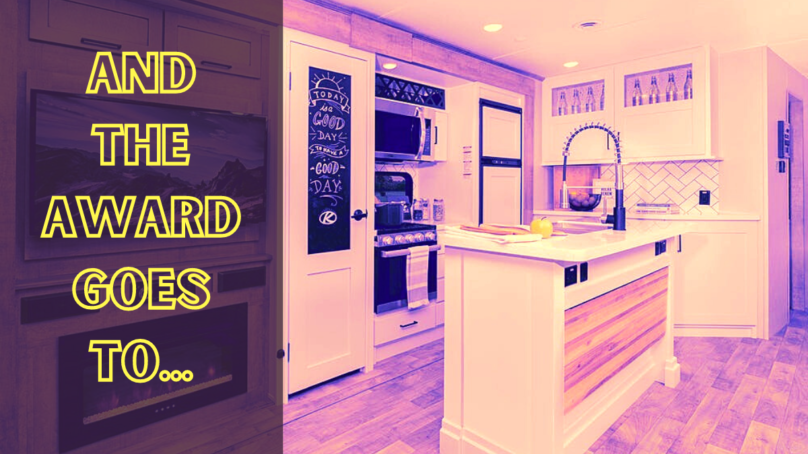 This week, the indoor campground in North Dakota issues a statement to RV Miles in response to last week’s video. Plus, RV of the Year, campground of the year, a brand new RV magazine from the editors of Rootless Living, a new survey from RVIA, and more.

A little bit of news from Togo this week – they’ve rebranded the parent company as Roadpass Digital. Your Roadpass is now the login for all their different platforms in an effort to make things a bit more seamless.

RV of the Year

RV Business noted that any other year the four other finalists would have merited the RV of the Year designation as they believe all are superb examples of designers listening to consumers and developing RVs that will surely perform well in the marketplace.

While some campgrounds are worrying about automakers’ new focus on electric vehicles, concerned that electric bills will go through the roof. KOA has decided to take the path of improving the customer experience. At its annual Convention that just wrapped, KOA announced a program to implement Level 2 EV Chargers at select campground locations across the United States and Canada.

Campground owners within KOA’s network of 520 campgrounds are eligible to purchase KOA-branded chargers for their properties. The intent is to roll out at campgrounds in early 2022.

KOA found that about 25% of campers have an EV in their household, compared to 12% of non-campers. The charging stations can be integrated into campsites, which would allow for 240V EV charging and separate electric hookup for RVs.

Campgrounds of the Year

KOA also named its Park of the Year. The award went to the Indianapolis KOA, a 150 site park located 20 miles outside of Indianapolis. The hybrid pool and water park feature is one of the main reasons the Indianapolis location was selected.

Leisure Systems, parent company of Jellystone Camp-Resorts also named its top resort for the year — the Caledonia, Wisconsin location, 20 minutes south of downtown Milwaukee. Check out what they do for the holiday season — over 2 million twinkling lights.

2022 will continue the camping trend. According to a new survey from the Recreational Vehicle Industry Association, the popularity of RVing is showing no sign of slowing down. The survey reveales that 72 million Americans plan on taking an RV trip in the next year. They’ll do this in an RV they either rent, own or borrow. This is up from 61 million in a survey conducted just one year ago. Top reasons for the increase include people wanting to explore the outdoors more, increased family travel, and the continued flexibility of remote school and work.

An update from last week’s story about the indoor RV park that’s been shut down in North Dakota by the health department. Many of you were a bit flummoxed by the idea of indoor camping, with things like furnaces and campfires and a dirt floor. We didn’t explain it well enough. The park actually reached out to us a couple of days ago with some more details.

Obviously, it’s pretty cold in the winter, and a lot of people camp for reasons other than enjoyment. Below is an excerpt of that communication.

“The North Dakota Indoor RV Park was built in 2012 to address the housing needs of oil workers. The State approved the park’s plans to construct ten specialized buildings designed to provide indoor housing for 160 RVs along with 60 outdoor RV pads. The Park then invested $5 million to develop specialized infrastructure. There were no campfires inside the RV buildings and no propane tanks were allowed. Not even gasoline-powered vehicles. The buildings were equipped with RV hook-ups for propane, potable water, and wastewater. Along with electric heaters, air exchangers for safe air, along with smoke and CO2 alarms. The RV’s were also required to have their own smoke and CO2 alarms and were inspected prior to entry.

The park was the first of its kind and successfully operated without incident for almost a decade. I’m very much a proponent of this type of innovation in our industry. RVs are no more about enjoyment than hotels are. The majority of us are traveling for fun and to enhance our experience in the great outdoors. A great many others travel for work as energy workers, nurses, salespeople, entertainment technicians, and more.“

Save on Harvest Hosts and Solo Stove

Harvest Hosts is offering 20% off membership to the RV Miles community, Nov 22nd through the end of the year. This is the biggest discount they ever offer and it’s locked in for the life of your membership.

Solo Stove’s low-smoke firepits are also on sale in their biggest sale of the year. Now through December 5th, you can buy one, get one on camp stoves, 35% off fire pits, 40% off fire pit bundles, and more. The RV Miles community can save an extra $10 on their solo stove with a purchase of a hundred dollars or more when you use the link and code provided HERE.

Our friends over at Rootless Living have released a brand new magazine called RV Today. Billed as a magazine for RVers by RVers, the official first issue won’t drop until February of 2022, however, a special early edition was recently released. Promising to cover all types of RVs and RVers, RV Today’s special edition features the top 50 RV Content Creators, many of whom you will recognize. We are humbled to be included in that list. RV Today is offering 20% off a one-year digital or print subscription.

And finally, a new episode of the RV Miles Podcast came out yesterday featuring wild RV travel stories submitted by members of the RV Miles Facebook Group. Abby and I also talk about the very wild 1,200, three day travel day we just encountered last week. You can find episode 218 over on the all new RV Miles Podcast channel. Just go to YouTube.com/RVMilesPodcast or click the link below. We look forward to talking to you about this latest episode over on the new channel.

Have a thought on the topics covered today? Let us know in the comments below.

Some links included in this article are affiliate links. When you use those links to make your purchase RV Miles receives a small kickback at no extra cost to you. This support allows us to continue to focus more of our efforts on news article like this one. Thank you.