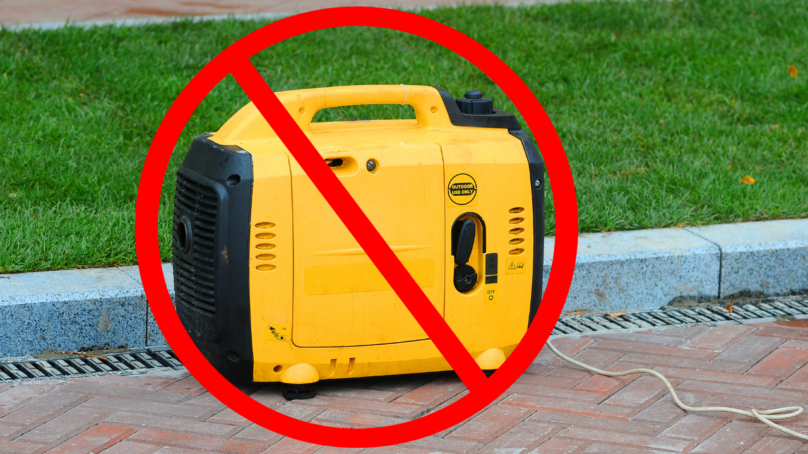 The California Air Resources Board (CARB) passed a regulation aimed at “Small Off-Road Engines” on Thursday that will ban the sale of portable generators in the state — which includes generators mounted in recreational vehicles.

The ruling bans the sale of gas-powered leaf blowers and lawnmowers in the state beginning in 2024. Portable generators will be required to meet more stringent standards in 2024 and meet zero-emission standards starting in 2028.

In the 2024 model year, portable generators will have to improve their efficiency by somewhere between 40% and 90%, which seems unrealistic in such a short period of time, so the reality is, it will be very hard to find a generator in Calfornia in two years.

The original text of the ruling was ambiguous on whether the use of generators would be banned — that’s been cleared up. You will still be able to use a generator you already own in California, so there will be no issue for current RV owners or those who travel into the state.

The statement from CARB says that despite their small size, Small Off-Road Engines are highly polluting. The volume of smog-forming emissions from this type of equipment has surpassed emissions from light-duty passenger cars and is projected to be nearly twice those of passenger cars by 2031.

The ruling seems directly aimed at landscaping businesses, trying to get them to adopt battery power. But does lumping generators in with lawnmowers and leaf blowers make sense, especially in a state with so many power outages? A comparable solar system to a $400 generator costs in the tens of thousands and is still hampered by a cloudy day.

The RV industry has recently embraced solar power heavily, but the reality is, without extensive upgrades, it’s impossible to run the electrical systems on an RV without shore power or a generator. Many people — even those with solar power systems — use their generators for emergency power.

The new regulation does not apply to diesel or propane generators, but it will apply to gasoline generators mounted in an RV.

STUDY: No Slowdown In Sight — 2022 Travel Will Be “Blockbuster” Year